This is documentation for Ionic Documentation v5, which is no longer actively maintained.
For up-to-date documentation, see the latest version (v6).
Version: v5

This guide covers how to run and debug Ionic apps on iOS simulators and devices using Capacitor or Cordova. iOS apps can only be developed on macOS with Xcode installed.

There are two workflows for running Ionic apps on iOS:

Xcode is the IDE for creating native iOS apps. It includes the iOS SDK and Xcode command-line tools. Xcode can be downloaded for free with an Apple account or it can be installed through the App Store.

Once Xcode is installed, make sure the command-line tools are selected for use:

Setting up a Development Team​

All iOS apps must be code signed, even for development. Luckily, Xcode makes this easy with automatic code signing. The only prerequisite is an Apple ID.

Open Xcode and navigate to Xcode » Preferences » Accounts. Add an Apple ID if none are listed. Once logged in, a Personal Team will appear in the team list of the Apple ID. 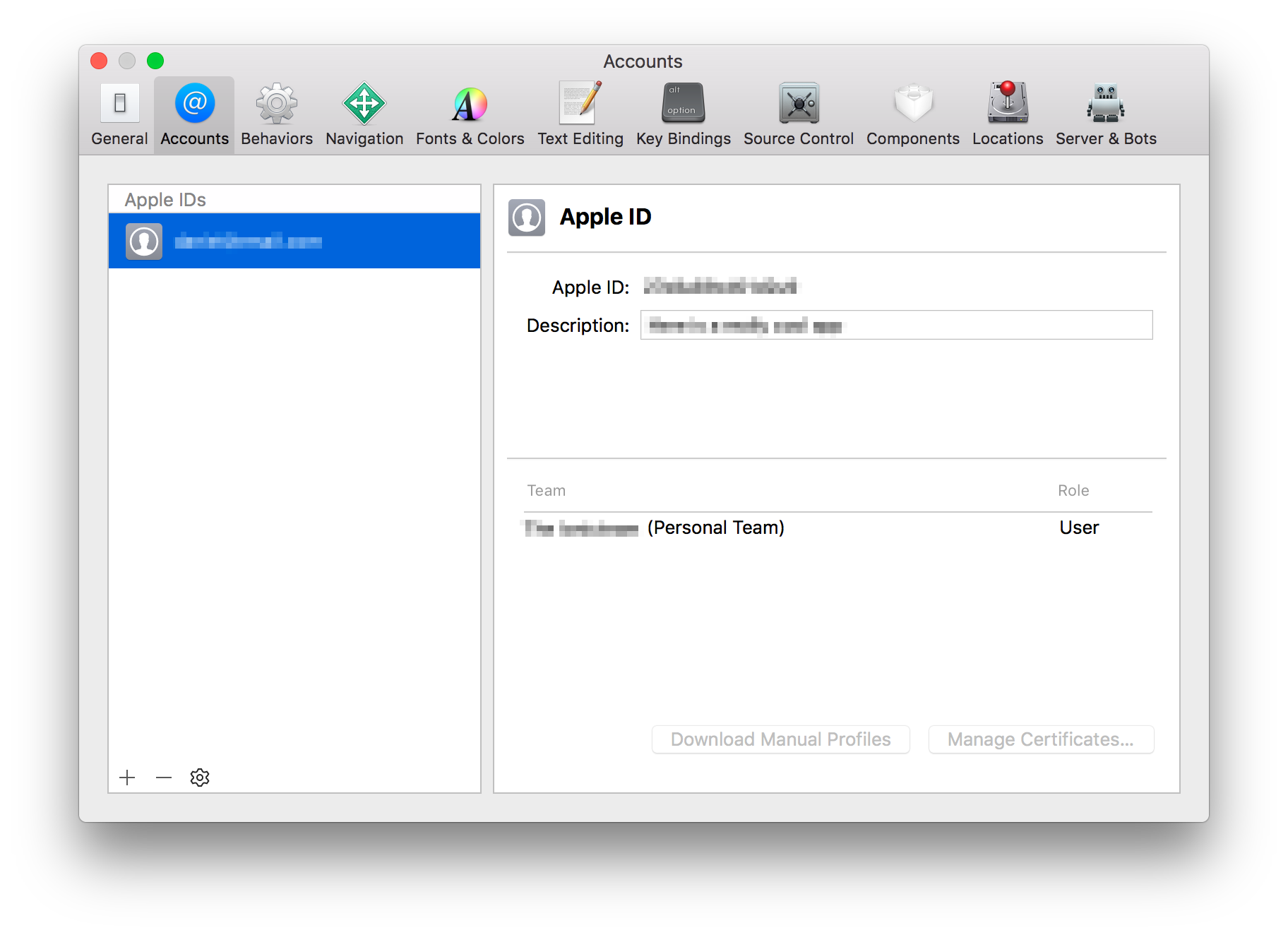 Open Xcode and navigate to Window » Devices and Simulators. Create an iPhone 11 simulator if one does not already exist. 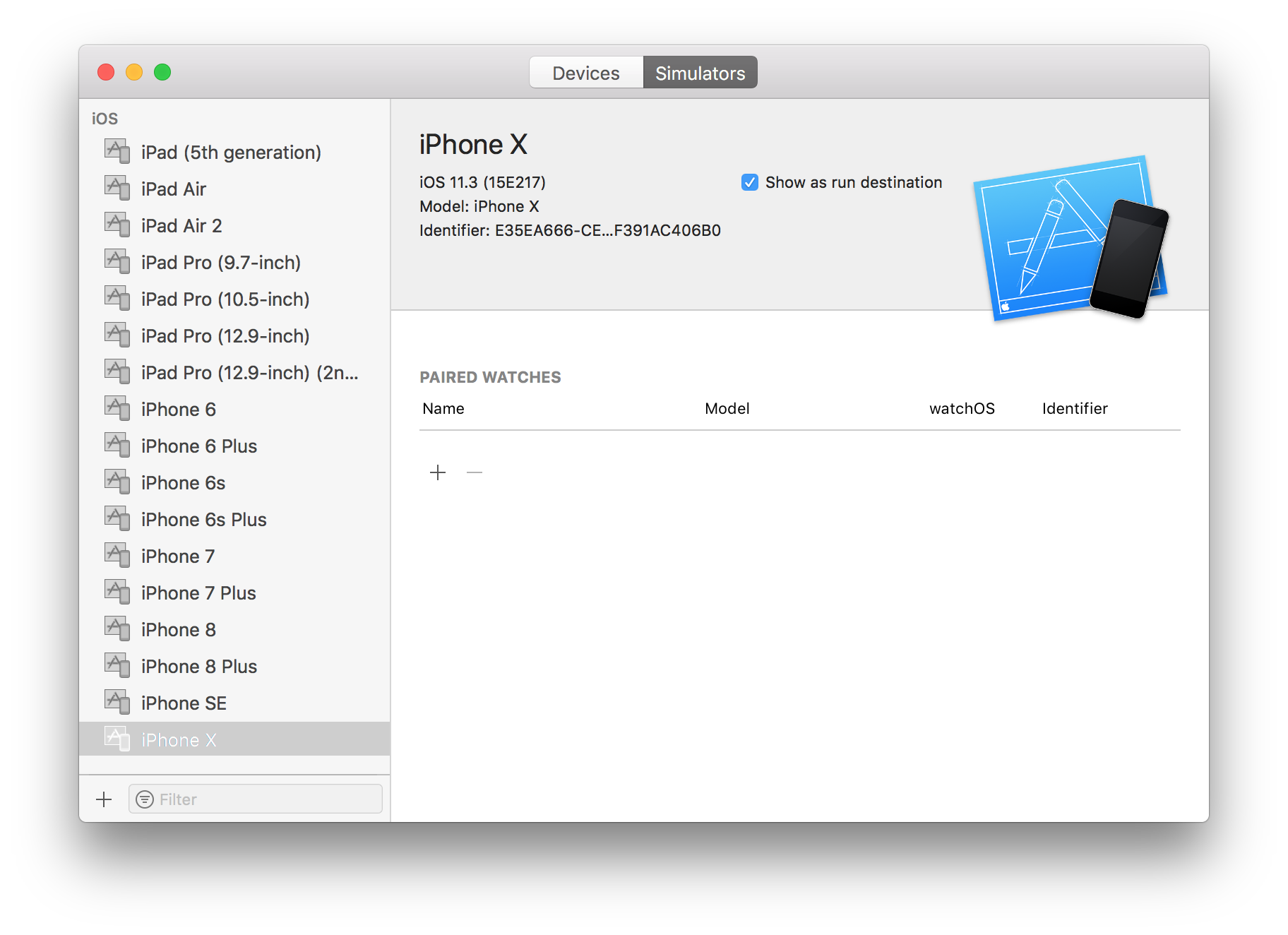 Additional setup is required for Cordova to support programmatic builds. This section is not necessary for Capacitor.

The ios-sim and ios-deploy are utilities that deploy apps to the iOS simulator and iOS devices during development. They can be installed globally with npm.

Before apps can be deployed to iOS simulators and devices, the native project must be configured.

In this workflow, Xcode can automatically fix common compilation and signing issues that can occur.

Running with the Ionic CLI​

The Ionic CLI can build, copy, and deploy Ionic apps to iOS simulators and devices with a single command. It can also spin up a development server, like the one used in ionic serve, to provide live-reload functionality.

With live-reload, changes made to the app's source files trigger a rebuild of web assets and the changes are reflected on the simulator or device without having to deploy again.

For iOS devices, the device and the computer need to be on the same Wi-Fi network. An external URL for the dev server is also required so the device can connect to it. Use --external (or --host=0.0.0.0) to bind to external addresses.

Capacitor does not yet have a way to build native projects. It relies on Xcode to build and deploy app binaries. However, the Ionic CLI can boot up a live-reload server and configure Capacitor to use it with a single command.

Run the following, then select a target simulator or device and click the play button in Xcode:

To boot up a live-reload server, build, and deploy the app, run the following:

Once an app is running on an iOS device or simulator, it can be debugged in Safari.

If the app isn't listed, the Web Inspector may need to be enabled on the device in Settings » Safari » Advanced » Web Inspector. 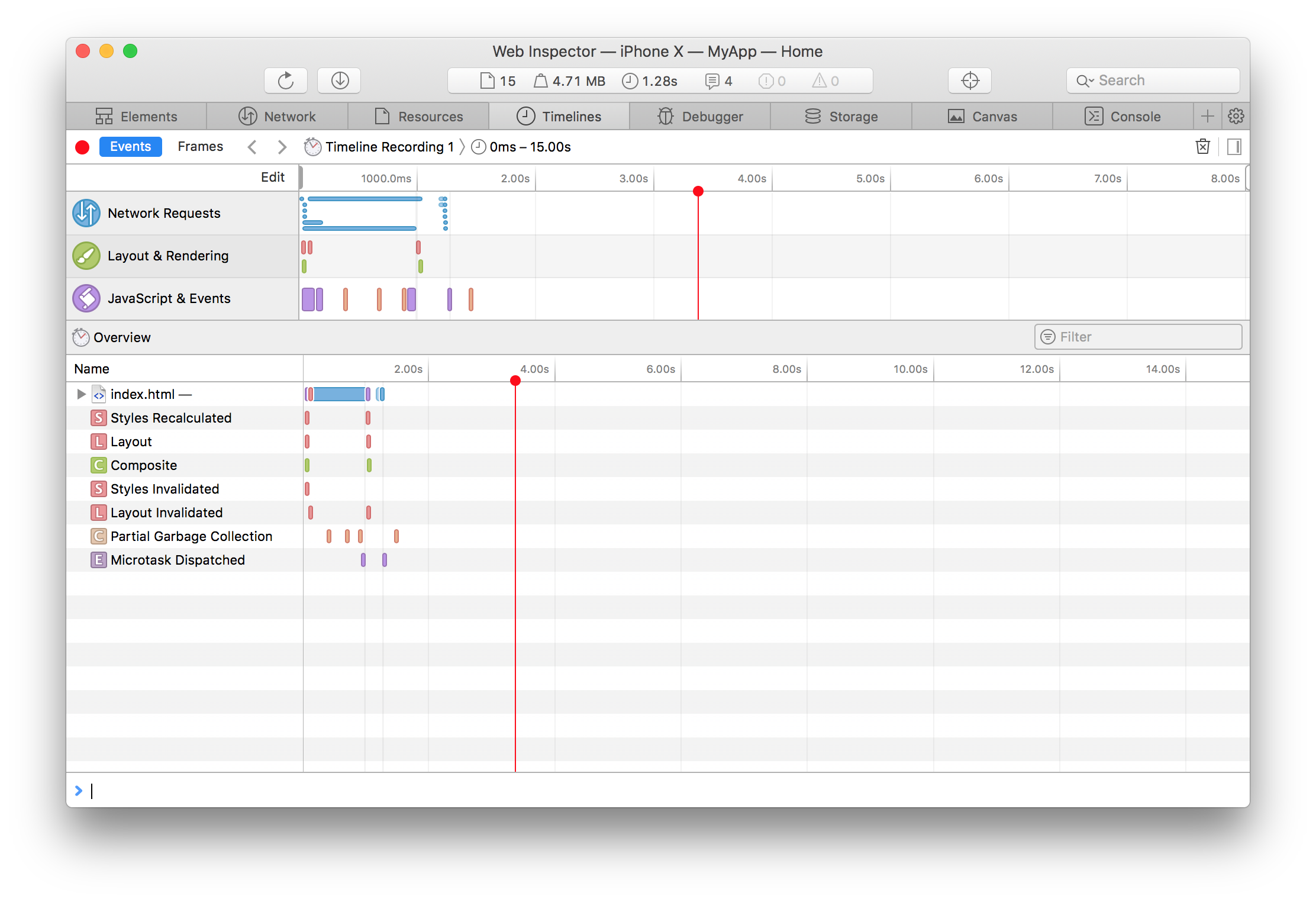 If running with Xcode, native logs can be found in the Xcode Console.

If the Console is hidden, enable it in View » Debug Area » Activate Console. 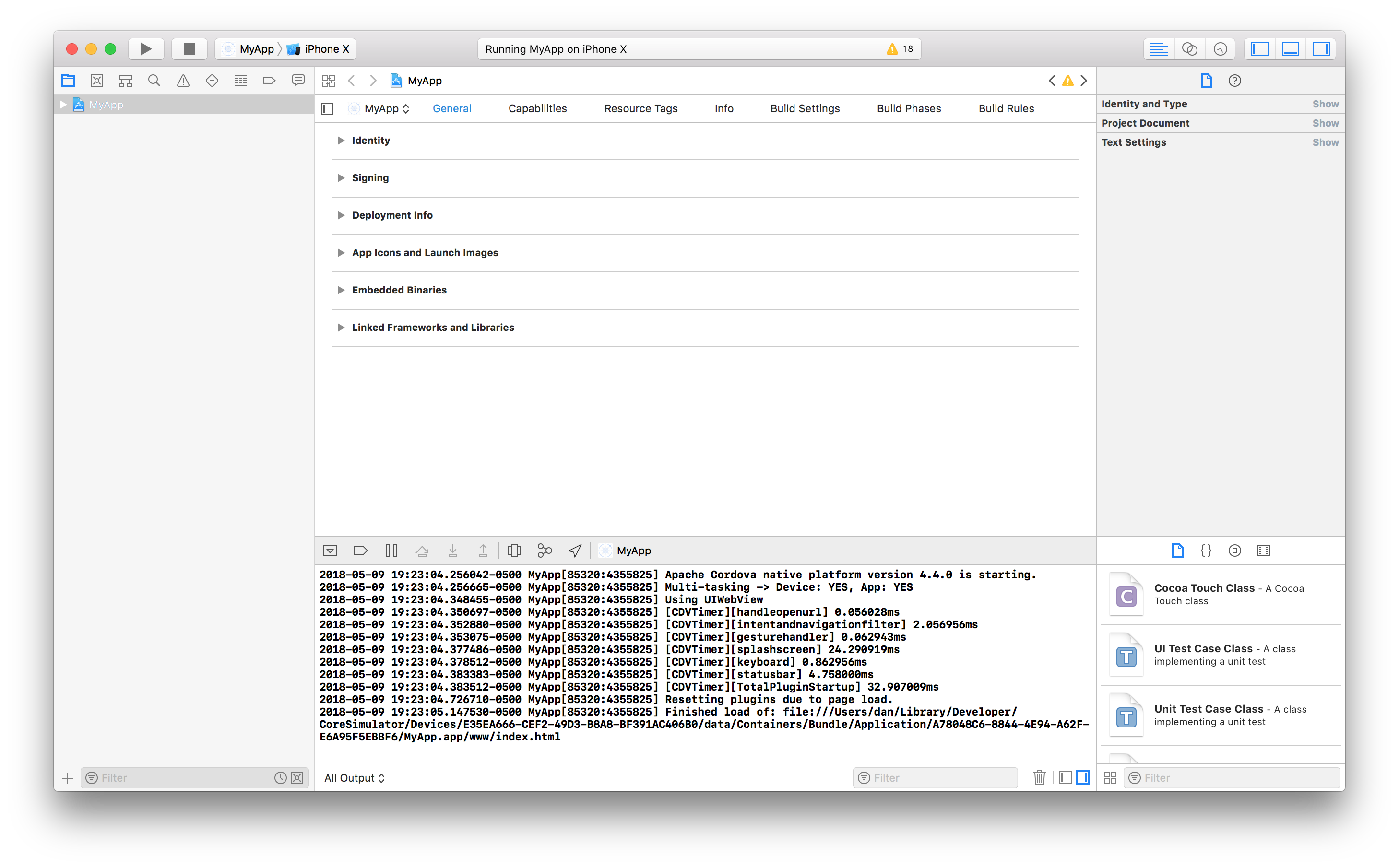